Join Date: Feb 2009
Location: San Antonio, TX
Posts: 2,794
Texas Mile - 190 MPH Attempt
A friend of mine took a few runs at the Texas Mile, a standing start 1 mile run for top speed. I don't remember all of the mods he has on this car, but as I understand it, he's using an LS1, Procharger running 20lbs of boost, headers, 342 gears. 5 point roll cage, running on meth and a host of other mods. This car is about maxed out for what it is. He was shooting for 190 MPH to join the 190+ club, and he was trying for 191 MPH to beat his car builder's current speed of 190.8 MPH. It was a fun day at the races, top speed I saw was 261 MPH by a motorcycle, top speed by a car was (I think) 227 by a Ford GT twin turbo. There were a couple of Camaros there, one was a FastLane CGM, I think he ran a 167. Speed TV ran a head to head race between a 2010 Camaro SS and a Mustang GT 500, I have no idea what mods were done to either, but the Mustang owned the Camaro by the 1/2 mile point and was runnin away. 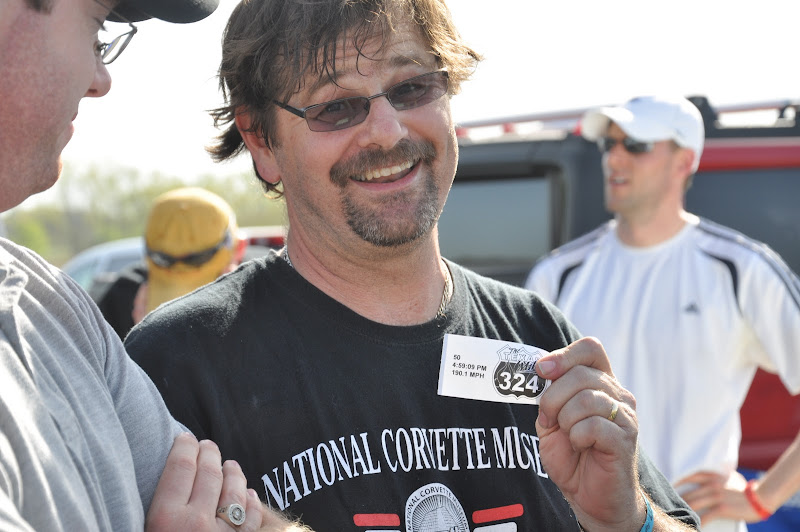 Join Date: Feb 2009
Location: San Antonio, TX
Posts: 2,794
I found out that the driver of the FastLane CGM Camaro I'm pretty sure was Paul Tracy, he ran a couple passes after the Speed TV head to head challenge against Tanner Foust. The top speed for cars ended up being more near the 250 mark, the final results for all runs during the four days should be up by the weekend at http://www.texasmile.net/results.php

edit: The motorcycle that ran the 261 MPH was a 900+ HP Hyabusa according to reliable sources.

If you ever get a chance to attend or run in this event (held in March and October every year), do it, it was a blast 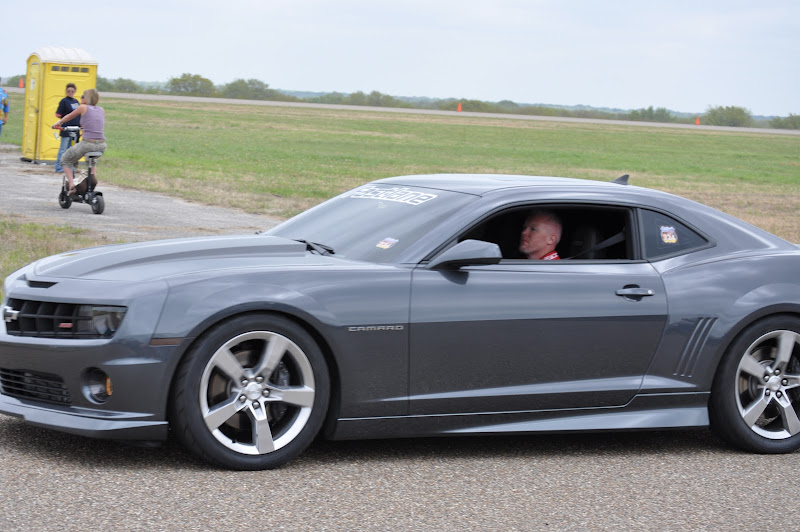 Join Date: Feb 2009
Location: San Antonio, TX
Posts: 2,794
Here is the link to the registration form from this last one:

Unlimited number of runs for two or three days:

This year was $50 overnight camp fee per day if yer staying on grounds, Goliad is the nearest town with motels (they fill up pretty quick) if you want to stay over off track. I saw this year that most people just stayed in tents/campers/mobile homes in their pits for the 50 bucks/night.

Here is the home site to get info from http://www.texasmile.net/index.php

Join Date: Jan 2008
Location: Texas
Posts: 4,818
Quote:
Originally Posted by RedJewel2SS View Post
how much is it to do?

whats it matter you are a petroleum engineer

Hey I will go down there with you and Race you

Hey I will go down there with you and Race you

Gone but not Forgotten!
RedJewel2SS is offline
Quote Quick Reply