Join Date: May 2007
Location: Aiken, SC
Posts: 3,055
New phone: I went from Kitty Hawk to Space Rocket...
As reluctant as I am to jump into newfangled technology as far as cell phones are concerned, I FINALLY broke down and got one of them thar Smart-Azz phones. I had an old--really old, like 2005 model---LG flip phone. No frills.

I finally activated this newfangled phone. A bit pricey, but figured if I was going to get tagged for a 2-year deal, might as well get something that wasn't going to be obsolete last month.

I stepped up to Verizon's latest, the Droid Charge by Samsung. Holy cripes, this thing is wicked. I'm still playing with it getting used to all the gadgets. I just got to stay off the app pages! There's stuff that's so cool!

Kinda iPhone-ish with the home page, but so far I like it. Got hardly anything figured out on it yet, but it's rather intuitive, even for a non-tekkie like me.

I'm no good for a review, because it's me going from the stone age to modern age. Like a guy driving a '39 Chevy Deluxe and trading it in for a new ZR1. Of course it will be awesome!

One thing I did try I don't care for too much is the camera picture taking speed. When I tap to take the picture, it takes its time actually capturing the picture. 8Mpix though, and takes pretty clear shots.

Linked up well with the Camaro and the truck. All in all I'm liking this little gadget. Eats up a lot of free time just playing with my new toy though. 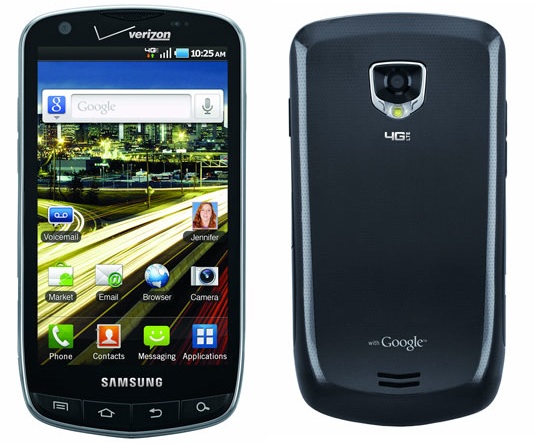 Join Date: Feb 2011
Location: Holly Springs, Georgia
Posts: 1,260
Garage
Made the crossover in February myself. Found one that I could deal with the price of.

Join Date: Mar 2010
Location: Oregon
Posts: 407
Grats on the new cancer causing device! I drank the Apple kool-aid last month. So far, so good.
"Ladies and gentlemen, take my advice. Pull down your pants... and slide on the ice." Sidney Friedman

Join Date: Jan 2009
Location: Canton,Oh
Posts: 6,759
thats the phone i just got last week. i love it. i have always had blackberrys. once i got this phone it was life changing. the blackberry was so....plain. great on email, but plain. this chargeis.....amazing. so many great apps, games, 4g, mobile hotspot...just awesome! only down fall....the battery dies quickly when your actually using it.

i chose this one over the iphone, basically due to the larger screen size, the 4GLTE service, and the lightness of it.